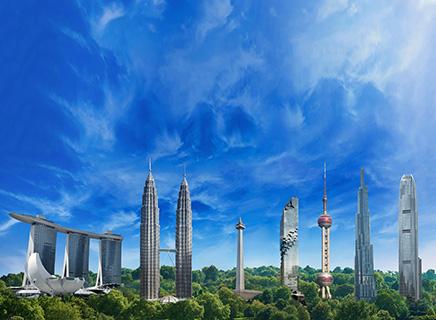 Get updates on investing in ASEAN in your inbox. 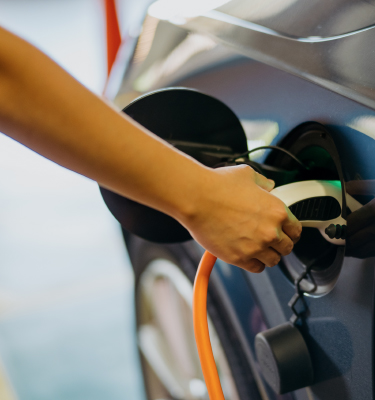 You are now reading:

There are more than 16.5 million electric cars on the road across the world. According to the International Energy Agency, this number is set to grow.

Automakers are also enticing customers with a wider range of electric models including electric motorbikes and sports utility vehicles (SUVs). Meanwhile, the increasing popularity in home delivery services has led to companies announcing plans to electrify delivery fleets to help reduce carbon footprint and to improve the sustainability of operations.

In the global EV landscape, Indonesia has firm plans to be a major player and is keen to cement its position. The Government aims to clock 2.1 million electric motorbikes and 400,000 electric cars on the road by 2025, a goal that could be achieved with the roll out of its US$17 billion roadmap. Of these vehicles, 20 per cent would be manufactured locally.

Crucially, Indonesia is also rich in mineral resources that the EV industry needs, including alumina, cobalt, manganese and nickel – the latter an integral component in the production of lithium-ion batteries. According to the United States Geological Survey (USGS), Indonesia has the world’s largest nickel reserves at 21 million tons, representing 22.3 per cent of the world’s nickel reserves. To put it into perspective, batteries make up 25 to 40 per cent of the cost of a vehicle.

In 2013, Indonesian nickel ore exports reached 64 million tons, representing 35 per cent of global exports. However, in the following year, the country placed a ban on mineral exports (including nickel), a move that was designed to drive development of local processing facilities and reduce the rate of nickel depletion.

The export ban was relaxed in early 2017 when nickel ore of a certain grade (below 1.7 per cent) was allowed. However, the Government put a stop to that in January 2020 – announcing a full ban on nickel ore exports once more – in part due to the increasing number of nickel smelters and a focus on developing an integrated EV supply chain. This chain would comprise aspects such as mining, processing and battery production.

Following the ban, Indonesia has reported positive results in the form of increasing investments in the construction of smelters and other downstream processing activities, whereby raw nickel is processed into higher-end products like lithium batteries and battery packs needed for electric cars. As of August 2021, there were 13 nickel smelters in operation, with the Government projecting a total of 30 operating nickel smelters by 2024.

Indonesia has also introduced an Omnibus Law which simplifies regulations from 79 laws down to a single law. Under the new Omnibus Law, which came into effect in February 2021, nickel processing is now part of the ‘priority sectors’ for foreign investment. However, foreign-owned mining companies will be required to divest shares owned by foreign shareholders after 10 or 15 years of production, so that by the 15th year of production, 51 per cent of shares are held by Indonesian participants.

The Government’s strong signal has helped attract EV battery manufacturers from China, Japan and South Korea to set up production bases in Indonesia.

Indonesian Investment Coordinating Board (BKPM) facilitated the investment of South Korea-based LG and CATL from China in the EV battery cell industry for US$9.8 billion and US$5.2 billion, respectively. Both LG and CATL aim to enter Indonesia’s EV battery industry supply chain from upstream to downstream. This comprises mining, smelting and refining, as well as the precursor and cathode industries, which are vital in EV battery production.

Another active effort in progress is the construction of Southeast Asia’s first EV battery factory situated in Karawang New Industrial City, West Java. This collaborative effort, costing US$1.1 billion, is made between PT HKML Battery Indonesia, that is controlled by a consortium of South Korean companies and PT Industri Baterai Indonesia, a subsidiary of a state-controlled mining company. Indonesian President Joko Widodo said that investment in the factory indicates the Government's willingness to tap its rich nickel reserves.

The production plant is expected to be completed in 2022 and its first supply of batteries will be made for South Korean automotive manufacturer, Hyundai Motor. Their first full-scale factory in Southeast Asia, at the PT Hyundai Motor Manufacturing Indonesia (HMMI) plant, will be used to assemble the Hyundai Ioniq 5 – an electric SUV model.

Why should EV and battery producers move to Indonesia?

Indonesia’s efforts in becoming a world-leading player in the EV supply chain have proven fruitful, with manufacturers gravitating towards the Southeast Asian country as an alternative location to China. The archipelago possesses abundant natural resources that will undergird its growth and sustainability ambitions.

On top of its rich mineral resources, Indonesia’s goal to build a complete supply chain is made even more feasible with strong government support. Indonesian’s Head of Fiscal Policy Agency, Febrio Kacaribu, said that pushing the EV industry is part of the Government’s initiative to reduce gas emissions by 29 per cent by 2030 and achieve net zero carbon emissions by 2060. This is in line with the Sustainable Energy Transition initiative, one of the three priority issues agreed on during the G20 finance leaders’ meeting in 2022.

Furthermore, Indonesia’s readiness to adopt EVs can only prove beneficial to its goal of becoming a global player. Over 70 per cent of Indonesians surveyed in 2020 are keen on owning an electric vehicle, based on a study conducted by the University of Indonesia. Environmental concerns were cited as the primary reason.

Ride-hailing companies in the country, including Gojek, Grab and Blue Bird, have also registered interest in contributing to the EV ecosystem. Homegrown ride-hailing giant, Gojek, aims to shift their fleet of vehicles to EVs by 2030.

The Indonesian Government is fully aware that policies and incentives need to be put in place to accelerate the production of EV batteries.

This has been realised by the passing of Presidential Regulation No. 55 of 2019 on Acceleration of Battery Electric Vehicles (BEV) Program for Road Transportation (PR 55/2019).

The decree listed the BEV industry as a priority sector in Indonesia that is open to 100 per cent foreign ownership and has indicated the percentage of local components required to build batteries for EVs. For instance, there is a minimum local content of 60 per cent (depending on the type of BEV) as of 2024, which will be periodically raised to a maximum of 80 per cent by 2026 or 2030 (depending on the type of vehicle). This is an effort to drive locally owned companies to be included in the EV roadmap.

Other incentives include tax holidays, allowances, import duty exemptions, and or non-fiscal incentives in the form of ease of attaining business licenses, work permits, supporting infrastructure, and guaranteed energy supply or raw materials.

While the lndonesian EV ecosystem is still in its infancy, the prospect of positive economic and environmental advancement remains high.

In fact, the Government has committed to reducing its greenhouse gas emissions to 29 per cent below business-as-usual by 2030 – no small feat considering the volume of non-EV vehicles on the road. In 2021, 143 million active vehicles were recorded in Indonesia, of which 84 per cent were motorcycles and the remainder being cars, buses and trucks. With ICE (internal combustion engine) vehicles dominating the streets, the transition to electric scooters may be a key step towards reaching their EV goals.

The accelerated adoption of EVs in Indonesia would also require continuous collaboration between Government stakeholders, state-owned enterprises and the private sector. As an example, such collaboration can be seen in the space of electric vehicle charging stations (EVCS). Since 2021, PT Perusahaan Listrik Negara (PLN), Indonesia’s state-owned electricity company, has prepared several stimuli and business schemes with the aim of increasing partnerships with private companies to accelerate the expansion of EVCS. Over time, this will help reduce the concern Indonesians have regarding the lack of public charging infrastructure for EVs.

At UOB, we recognise the realities of today’s climate issues and the active steps that can be taken to mitigate them. With an established network across ASEAN and access to market-insights, we are committed to providing holistic banking solutions for EV ecosystem players looking to do business in Southeast Asia.

This article shall not be copied or relied upon by any person for whatever purpose. This article is given on a general basis without obligation and is strictly for information only. The information contained in this article is based on certain assumptions, information and conditions available as at the date of the article and may be subject to change at any time without notice. You should consult your own professional advisers about the issues discussed in this article. Nothing in this article constitutes accounting, legal, regulatory, tax or other advice. This article is not intended as an offer, recommendation, solicitation, or advice to purchase or sell any investment product, securities or instruments. Although reasonable care has been taken to ensure the accuracy and objectivity of the information contained in this article, UOB and its employees make no representation or warranty, whether express or implied, as to its accuracy, completeness and objectivity and accept no responsibility or liability for any error, inaccuracy, omission or any consequence or any loss or damage howsoever suffered by any person arising from any reliance on the views expressed and the information in this article. 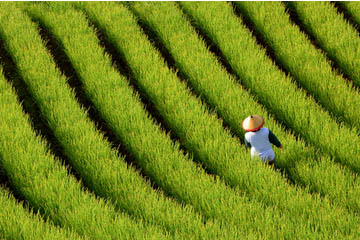 The innovation and transformation of ASEAN’s agri-food industry 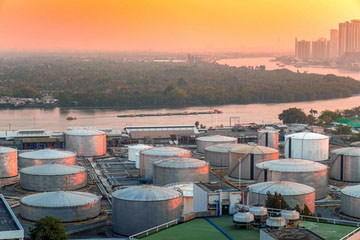 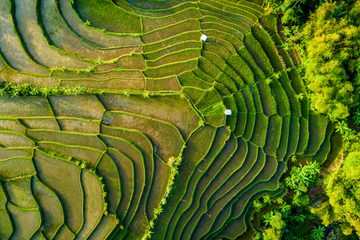