We are proud to announce the 2019 UOB Painting of the Year Singapore winners. Drawing influence from heritage, traditions, values and environment, these winning paintings are distinguished by their compelling stories and the strong emotions that they evoke.

At UOB, we recognise the important role of art in strengthening the fabric of a society. It connects people and communities, celebrates cultures and enriches lives. Across the region, the 38-year-old art competition has helped to uncover a new generation of Southeast Asian artists. Cultural diversity is not a new or imported concept. It is a reality that has existed since the time of our ancestors. For Indonesians, the concept of diversity is expressed in the slogan “Bhinneka Tunggal Ika”, found in the ancient Javanese tome by Mpu Tantular in the Majapahit era in the 14th century.

The artwork is inspired by the house of prayer in Rhema Hill, Magelang, Central Java, Indonesia, which is a symbol for peace and unity among people of various faiths and groups. The technique and materials used in creating the artwork are often seen in murals with spray paint on city walls. This artwork unveils the meaning of love and peace within diversity, above all differences.

2019 UOB Painting of the Year, Singapore 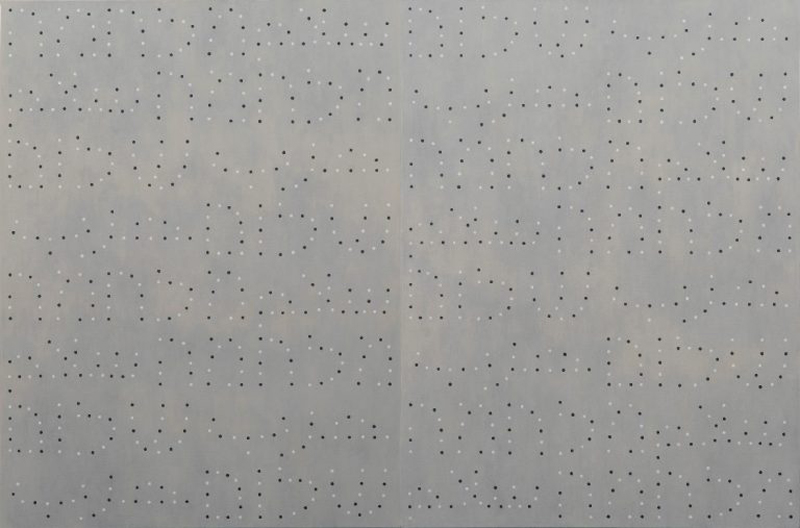 War and Peace explores the intrinsic beauty of calligraphy and the potential of language in contemporary art.

As a metaphor for the “Oneness of Being”, War and Peace presents the recurring and almost binary themes of darkness and light that often define humanity. While the Arabic and Hebrew text stand out in contrast, they are also meant to stand for their shared qualities such as the similarity in sounds of the word ‘Peace’: salam in Arabic, shalom in Hebrew.

Mr Wong draws inspiration from the German poet and philosopher, Friedrich Schiller. He strongly believes in the transformative power of arts. Since 2011, he has participated in group exhibitions locally and internationally, and held his first solo exhibition in 2018. He hopes to create artworks that are both visually appealing and thought provoking.

2019 UOB Painting of the Year, Malaysia

Tug of War: My Homeland depicts the struggle faced by her homeland, Malaysia. The struggle from trying to achieve the right balance between deliberation and decision, and how this can impact unity and harmony. The sense of toil and struggle is illustrated through a tug-of-war. The artist uses lalang (weeds) roots within the outline of a map of Malaysia to suggest how disagreement and debate from different factions in the country is the root cause of discord across Malaysia. She uses mulberry pulp to make the paper as the canvas for this intricate artwork.

Ms Cheng graduated from the Dasein Academy of Art with a Diploma in Fine Arts in 2004. She was shortlisted as a finalist in the Bakat Muda Sezaman (Young Art Contemporary) competition at the National Art Gallery of Malaysia in 2014 and has participated in many solo and group exhibitions locally and internationally.

2019 UOB Painting of the Year, Thailand 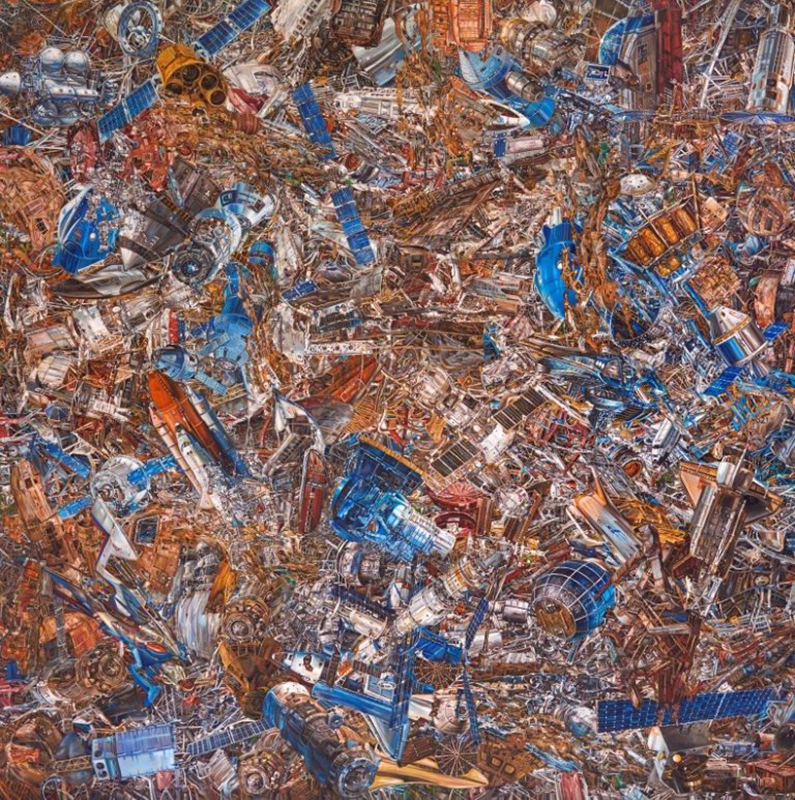 Wastescape depicts the negative impact of electronics waste (e-waste) created by humans on the environment. It is a prophecy of the day when a multitude of man-made objects sent into Earth orbits became “space garbage”, they blanket the Earth’s atmosphere, cutting those living on this planet from everything else in the universe.

Scrap metal is the result of technological innovation which is difficult to eradicate. It is also a metaphor of how human exploit the Earth’s resources and left the waste piling up as garbage since the early days of civilisation. The artist would like to raise the awareness of the pollution problems of e-waste in several dimensions.

Mr Luetrakun was the Most Promising Artist of the Year, Emerging Artist Category of 2018 UOB Painting of the Year (Thailand). He has won many art prizes in Thailand, including the 9th Young Artists Talent awarded by the Office of Contemporary Art and Culture, Ministry of Culture, Thailand. In 2018, he attended a student exchange programme in Los Angeles, USA.

2019 Most Promising Artist of the Year, Singapore 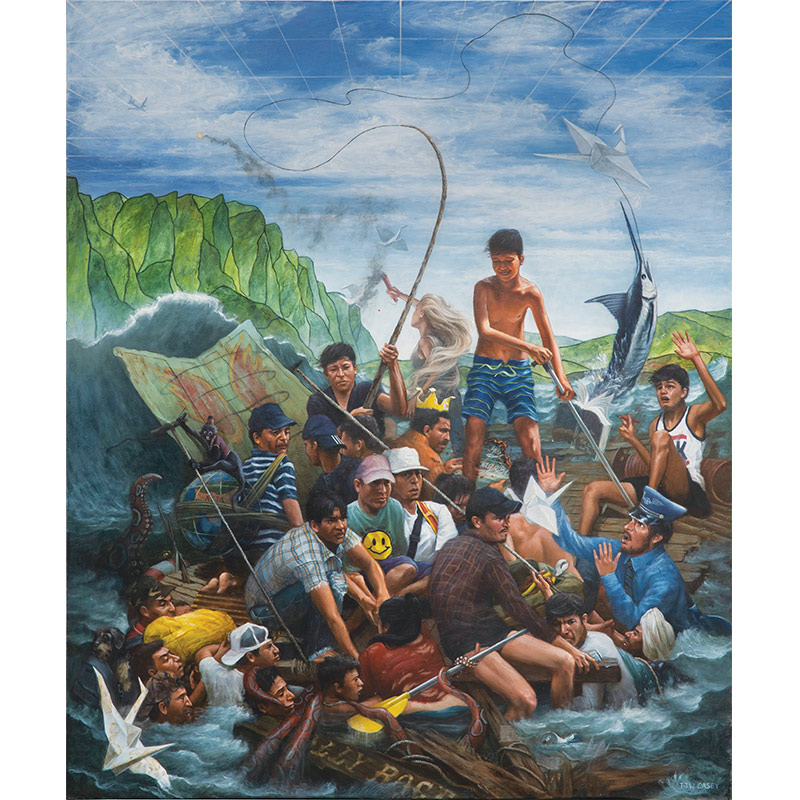 The Water is Wide is inspired by the continuing crisis taking place across the world, where victims of humanitarian disasters are forced to undertake arduous journeys for survival. In a multitude of migrant faces, the artist sees a reflection of shared humanity – a profound and resonating struggle for safety, fulfillment, and a sense of home.

The artwork is framed in an enclosed space, set with stained glass hills and a hopeful sky as the backdrop, yet juxtaposed to induce a sense of compression and disorientation. The viewer is forced to confront the unspoken realities of human life. Yet, brief flashes of optimism are embedded to symbolise hope that is ever present even in the pit of despair.

Mr Tan graduated from Nanyang Academy of Fine Arts, Singapore in 2016 with a Diploma in Fine Art and was also a recipient of Ngee Ann Kongsi scholarship. Through his artworks, he seeks to bring to viewers a sense of adventure from ordinary or familiar experiences.

2019 Most Promising Artist of the Year, Indonesia 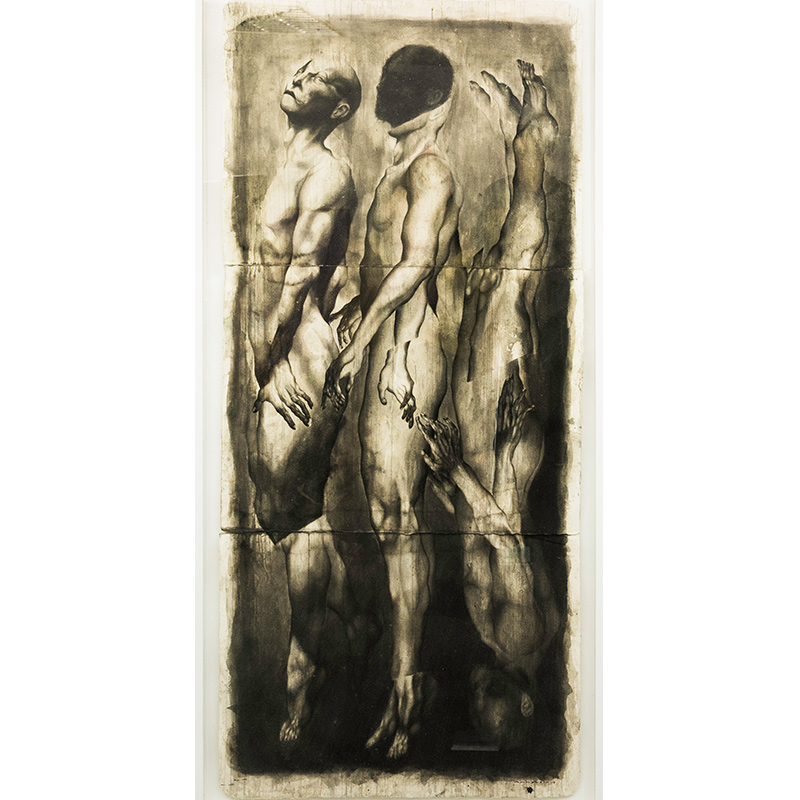 Human, Human, Human, Copy of Mimetic Desire depicts today’s phenomenon of modelling oneself to an idol, symbolising the desire to imitate in order to gain acceptance and recognition in society. The artwork also reflects the journey of self-discovery before an individual is able to find his or her true identity.

Mr Yakin has actively participated in several group exhibitions, one of which was “BEBAS” Sakato Art Community exhibition, Yogyakarta, Indonesia.

2019 Most Promising Artist of the Year, Malaysia 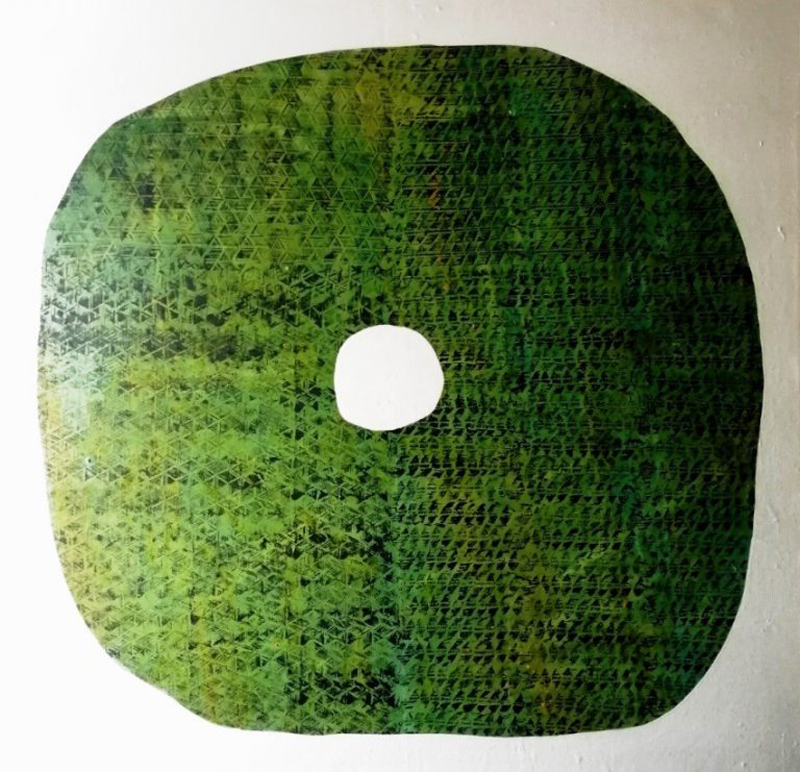 Bunga Moyang (Flower of the Spirits) is an intricate origami made of screwpine leaves (daun pandan) and palm leaves. The Mah Meri, an ethnic group native to the western part of Peninsular Malaysia, commonly adorn the leaves at family gatherings such as weddings and funerals as a mark of respect to their elders. Inspired by the Mah Meri culture and the significance of these leaves to the tribe, the artist shines a light on the culture and customs of Malaysia’s indigenous people (Orang Asli) through this artwork.

Ms Nurul uses a lino ink printing technique to stamp geometric shapes onto the origami to emphasise symmetry and harmony. The artwork is framed in the shape of a ring, inspired by a famous Mah Meri sculpture ‘Harimau Berantai’ (Tiger in Chains).

Ms Nurul is currently pursuing her Masters of Visual Arts Education in Universiti Teknologi MARA, Selangor, Malaysia. She is a full-time graphic designer and multimedia instructor by profession.

2019 Most Promising Artist of the Year, Thailand 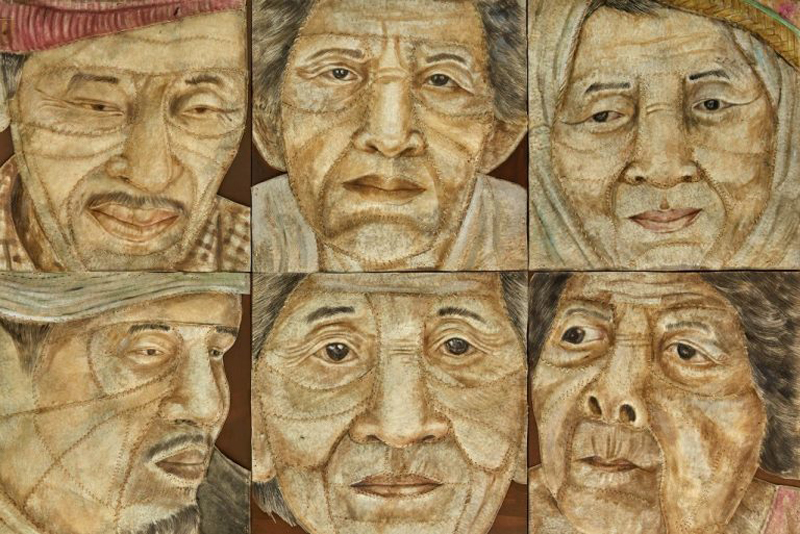 Faces – Reflections of Life No. 2 is inspired by stories from relatives and ancestors who have eked a living following the rural dictum. The artist improvised the traditional leather-making technique of shadow puppets and added colours to create distinctive structure of faces to reflect suffering, fatigue and hardship of the family members’ role. The material used is cow hide coupled with the hand-sewn technique that serves as the linkage among the different moods while the raised spots create an extra dimension. The paint colours are food colouring and the hair is engraved using his own unique technique.

Mr Sidamon graduated with a Bachelor’s Degree in Fine Arts from Thaksin University, Thailand in 2019. His artworks have been exhibited in group exhibitions in Thailand. Being influenced by his family business – “Nang Talung”, a folk shadow puppet show from Southern Thailand, he uses leather in his art-making.