The innovation and transformation of ASEAN’s agri-food industry

You have no bookmarks currently
09 December 2021

At the onset of the COVID-19 pandemic, closed borders fuelled fears of a food shortage that sparked panic-buying at supermarkets in Singapore and around the world. The disruption to food supply chains also caused worry about runaway food prices due to inflation.

This has cast a spotlight on the importance of food security for countries globally.

The issue of food security is particularly pertinent in ASEAN given its growing population is expected to drive up the demand for food.

According to projections by UOB Global Economics and Market Research based on data from the United Nations, the region’s population is estimated to reach 767 million by 2040.

With this population growth, the region’s total consumption is projected to increase by 2.2 times to nearly US$4 trillion by 2030, a report by the World Economic Forum in 2020 showed.

ASEAN consumers will continue to spend more in the food and beverage category than in any other product category, said the report.

While increasing agricultural output is one way to meet the rising demand, this will put a strain on traditional food systems. To stay viable for the long term, players in the agri-food industry need to seek more sustainable solutions.

The rise of agri-food innovation

Agri-food is a key sector in ASEAN, providing jobs and supporting the local economies. In 2019, the sector contributed US$717 billion to the region’s economies and supported 127 million jobs in Indonesia, Thailand, the Philippines and Vietnam according to Oxford Economics, a UK-based research firm.

In order to boost the productivity of the agri-food sector, countries are turning to technology as a solution. 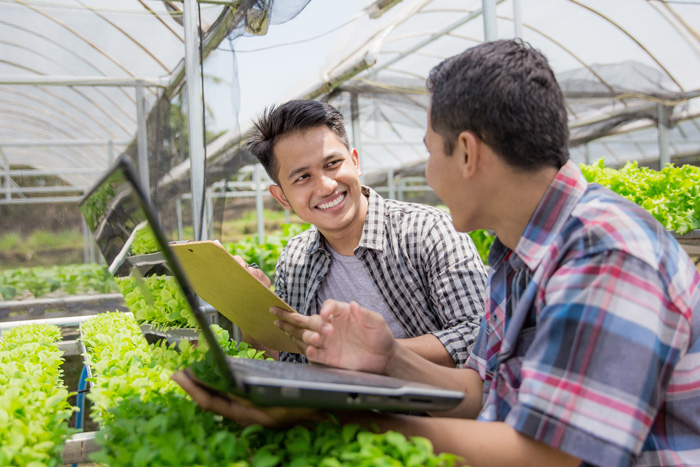 As ASEAN’s population grows, finding new ways to incorporate technology into agriculture can help to improve yield and boost food security in the region. Photo: Shutterstock

For example, the Indonesian government has earmarked 104 trillion rupiah to strengthen the country’s food infrastructure and technology.

In February 2021, Indonesia’s Ministry of Agriculture signed a memorandum of understanding with Microsoft to help small farmers to use technology such as machine learning and advanced analytics to increase productivity.

Locally, the Singapore government has set a goal to produce at least 30 per cent of the country’s nutritional needs by 2030. This is to move away from a heavy dependence on imports, which currently stand at a high of more than 90 per cent.

To achieve its goal, the government has established a S$60 million Agri-Food Cluster Transformation Fund in March this year, to support technology adoption in the agri-food sector.

Innovation in the agri-food industry will help make food supplies more secure in ASEAN, which in turn will bolster the region’s economies.

Aquaculture, which refers to the farming of fish, molluscs, crustaceans and aquatic plants, is a key food source in the region.

As ASEAN’s higher-income middle class population continues to grow, the region’s appetite for premium protein such as fish is expected to rise. Aquaculture farming is a way to meet the rising demand, as wild caught production has largely flattened.

The Food and Agriculture Organisation of the United Nations said that farmed aquaculture is projected to grow to 109 million tonnes in 2030, up 32 per cent or 26 million tonnes from 2018.

The ASEAN region produced about 19 per cent of the world's fish supply in 2015, showed a research paper published by WorldFish, a non-profit research and innovation institution. ASEAN’s share is estimated to grow to nearly 25 per cent of the global fish output in 2030, said the research.

To address this problem, some aquaculture breeders in the region are using re-circulatory systems or controlled environment solutions to monitor the growth and health of the fish and shrimp. In other instances, breeders use technology to improve their harvest in order to maximise profits. 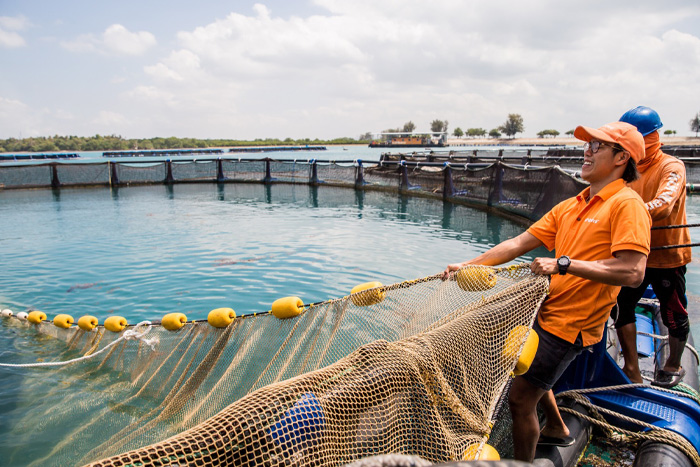 To ensure it has control over novel viruses and pathogens endemic in the farming environment, Barramundi Group started its own animal health and vaccines company, UVAXX. As a leading autogenous vaccine producer, UVAXX has produced seven proprietary vaccines for barramundi as well as developed the capability to produce vaccines for other fish species.

Beyond vaccines, Barramundi acquired Allegro Aqua in 2020, a deep tech start-up that focuses on developing quality barramundi through natural genetic selection. Through selective breeding over generations of fish, the company has managed to breed barramundi broodstock with fast growth, disease resilience and high yield characteristics.

It is also now building capacity in its hatchery and nursery to be a supplier of these genetically superior juveniles to the region and beyond.

Plant-based meat alternatives that once targeted a niche market are now fast becoming mainstream and the market is expected to reach US$290 billion by 2035.

Alternative proteins not only represent another food source; such plant-based meat also has a positive impact on the environment. In addition, it supports a number of the United Nation’s Sustainable Development Goals, such as sustainable consumption and production as well as zero hunger.

One example of a promising plant-based startup in ASEAN is Green Rebel. The Indonesia-based protein company aims to help consumers adopt a more sustainable diet through its plant-based meats, made from chickpea, mushrooms and soy. 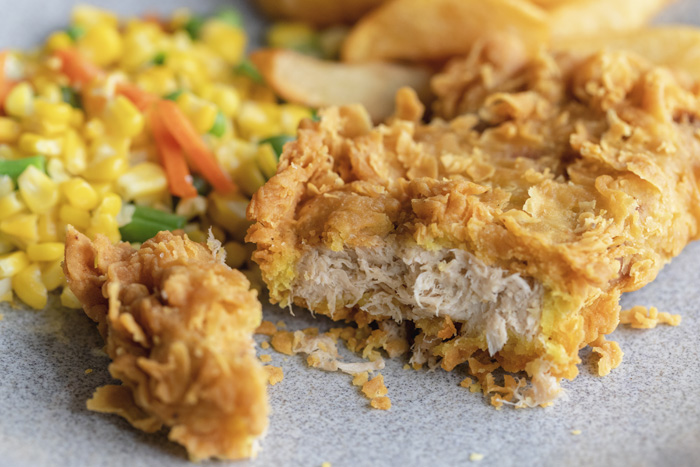 To reach more customers, the startup is collaborating with Starbucks Indonesia and Pepper Lunch to include its plant-based meats on the menus of these popular food chains. It has also set its sights on the region, working closely with UOB’s Foreign Direct Investment Advisory Unit to distribute its products overseas.

That said, the transition to integrating technology in agri-food operations is not without its challenges. It can be capital-intensive and also sometimes require collaboration with the right partners.

Though innovation is not a silver bullet to achieve food security, a combined effort by industry players and consumers to integrate technology in their business processes will go a long way towards forging a more sustainable and resilient future for all.

Lee Eng Keat is an Executive Director at Group Foreign Direct Investment Advisory, UOB. He is responsible for developing partnerships with government agencies, trade associations and professional service providers. These partnerships support the Bank’s efforts to help companies set up and to grow their operations as they tap opportunities across Asia.

Eng Keat brings over two decades of experience with the Singapore Economic Development Board (EDB) to UOB. During his time at EDB, he developed strategies to engage global logistics, utility and agrifood companies to drive their investments into Singapore. 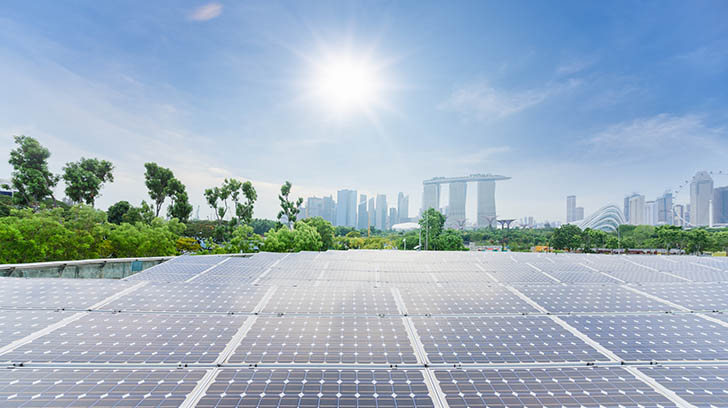 Singapore’s strategies for a low-carbon economy 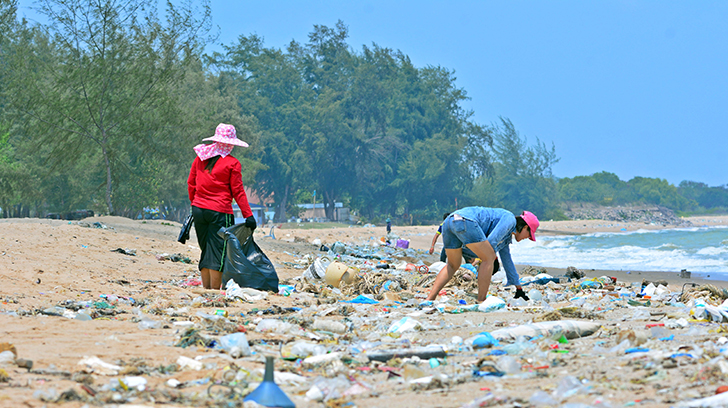 Building a safe, secure and sustainable agriculture and animal protein sector in Asia