You have no bookmarks currently
10 April 2020

Looking back on the various crises of a quarter century, one cannot avoid a sense of deja vu.

There are the sharp drops in stock prices that are causing millions to feel suddenly impoverished. Investor flight from the equity and debt markets of emerging economies is fuelling drops in currencies. Thousands have lost jobs, or are poised to. Everywhere you turn, you hear of safe haven status and dead-cat bounces and bear market traps.

In Singapore, the streets look forlorn and empty, rather in the way they did in January 1998, when 1,800 people on the island were retrenched by Seagate Technology, chilling the pre-Chinese New Year mood. Seagate was the second-largest private sector employer at the time and Singapore the global centre for hard disk drive assemblies.

Up until that moment of the Asian financial crisis, many Singaporeans had tended to think they were somehow immune from the economic pain being felt by Thailand, Indonesia and Malaysia.

This is the third economic crisis I have seen while working for this newspaper. I covered the Asian financial crisis from beginning to end, once interviewing then International Monetary Fund chief Michel Camdessus in a moving car while he was being driven to Changi Airport. A decade later, I was summoned back from my India posting to help with the global financial crisis. Both began in the financial markets. In 2008, while the crisis emerged in Wall Street, Asia swiftly felt the tidal waves. Many regional economies tanked. Now, we have a health-led crisis on our hands.

So, what's different this time?

For one thing, this crisis arrived at a time when most regional economies were slowing already, unlike, say, in 1997, when regional economies were still going gangbusters. Japan, Asia's only advanced economy, had 3.1 per cent growth in 1996, according to World Bank figures, China had close to double-digit growth, and India – not so integrated with the region then but important nevertheless – had 7.5 per cent growth.

Among South-east Asian economies, Indonesian gross domestic product (GDP) had expanded 7.8 per cent in 1996 and Singapore's had grown almost as fast, while Malaysia had clocked 10 per cent growth. Thailand, where the Asian flu would hit first in South-east Asia, had grown 5.7 per cent.

This time, Asia's three biggest economies were slowing even before the Covid-19 induced crisis. Japan's economy had a 7 per cent quarter-on-quarter contraction in the last quarter. In India, consumption demand had been shrinking for a while and it was in the throes of a banking crisis. China's economy last year grew 6.1 per cent, the slowest since 1990.

In South-east Asia, almost every significant economy reported slower growth last year over 2018. The Philippines had its lowest growth in eight years. Thailand, the No. 2 Asean economy, had about 2 per cent growth. Only Vietnam had a slightly better than expected performance, but its economy ranks No. 6 within the Asean-10.

“This time, the cratering in worldwide demand is so startling that it is not easy to assess how much damage the pandemic would have inflicted on economies, especially since the fight against the coronavirus is far from over.”

In past crises, China played a key role in boosting South-east Asian recovery. During the Asian financial crisis, after its severe devaluation in 1994, China held back from competitive devaluations, giving regional economies breathing room to recover. During the 2008 global financial crisis, its massive US$586 billion stimulus package was a boost to the region, and the world economy.

This time, it is taking its time to react and that is partly because many Chinese leaders think the 2008 package was way too excessive and caused distortions in the home economy. So far, the measures it has announced do not amount to a lot, given the size of its economy, but more will probably come, if nothing else because the crisis offers China a great geopolitical opportunity. Any boost from China will help the region, given that the mainland accounts for about a tenth of global imports.

At the same time, there are limits to what China can do. Even as Beijing has sought to expand domestic consumption to reduce its dependence on an export-and debt-driven growth model, household consumption has remained stubbornly flat. At about 40 per cent of GDP, it is well below global averages and those of Asia's next three big economies.

Second, South-east Asian economies have learnt plenty from past crises.

Vastly improved macroeconomic management has led to good stability indicators in most key economies. The current account in Thailand was in surplus last year and inflation barely 1 per cent. Malaysia's current account was in surplus as well. Even in the Philippines, which had its lowest growth in eight years last year, the deficit is quite small. Until a few months ago, the Thai baht, whose collapse triggered the 1997 crisis, was even considered a safe haven. Yesterday, Indonesia's rupiah gained 2 per cent, its biggest one-day rally since 2015, after Indonesia's successful global bond sale this week, as well as news of a US$60 billion (S$85.4 billion) credit line from the New York Federal Reserve.

South-east Asia also has built up adequate reserves and policy buffers over the years, drawing lessons from the Asian financial crisis, according to Mr Wenxing Pan, deputy director for CMIM, strategy and coordination at the Asean+3 Macroeconomic Research Office (Amro).

"The Asean+3 governments have done well to take macroeconomic policies to support their economies," he told me this week in e-mailed comments. "The monetary policies and fiscal packages announced within the Asean+3 countries are proportional to the magnitude of Covid-19 cases within each economy."

Amro is the independent macroeconomic surveillance unit of the Chiang Mai Initiative Multilateralisation (CMIM) agreement, a US$240 billion currency swap arrangement set up in 2010 among Asean member states, China, Japan and South Korea, as a safety net in times of financial crisis.

There are areas of weaknesses though. Malaysia's foreign exchange reserves and swaps could have provided more comfort if they were higher. As in Indonesia, the foreign ownership of bonds and equities there is quite high, so preserving the value of the currency amid capital outflows is a challenge. However, compared with previous situations, Malaysia and Indonesia now carry better policy credibility.

"Malaysia and Indonesia may look riskier to some than other South-east Asian economies but they are stronger than many emerging economies elsewhere," said the respected private sector economist Manu Bhaskaran, founder and chief executive of Centennial Asia Advisors. "Hence, I would not see risk of imminent meltdowns. Of course, I would not know what will happen a year from now."

Another area of weakness is the high levels of corporate debt – not an unfamiliar story in Asia. Banks in India and Indonesia are exposed to this the most, followed by Singapore, Malaysia and China, Moody's said last week as it cut the outlook on every significant Asia-Pacific banking system from stable to negative. The outlook downgrade included Thai banks on which it had a positive outlook until recently.

Still, financial sector regulation has vastly improved since 1997 and 2008. Malaysia consolidated from some 50 banking institutions to less than 10 now. Singapore's three lenders are among the strongest in the world. Indonesian regulators had begun to move on the issue as well when the Covid-19 crisis struck.

The lenders are well capitalised: "Indonesian banks' capitalisation, which currently is the strongest in Asia-Pacific, will remain robust, providing a sufficient buffer against increasing risks," Moody's said.

What of Singapore? It was the first country in South-east Asia to experience a recession during the global financial crisis, responding tentatively at first with a $2.9 billion package in November 2008 to help businesses and workers, and then coming in strongly with a $20.5 billion Resilience Package in January 2009.

Compare that with how quickly Singapore moved in this crisis, the measures unloaded as though they were coming from a repeater carbine held by the finance minister; the stunning size of the economic package proportional to GDP – 12 per cent and likely to rise – and the unhesitating use of reserves. In the suspension of Electronic Road Pricing charges it has slain another sacred cow.

What sort of recovery?

When will things recover and what type of recovery can we expect? East Asian economies suffered about 6 per cent GDP contractions between July 2008 and February 2009 during the global financial crisis, compared with 8.3 per cent peak to trough during the Asian one. Asian recovery after the global financial crisis was swifter and stronger than elsewhere; Singapore itself rebounded to score a 15 per cent GDP growth rate in 2010.

This time, the cratering in worldwide demand is so startling that it is not easy to assess how much damage the pandemic would have inflicted on economies, especially since the fight against the coronavirus is far from over.

Yesterday, the World Trade Organisation (WTO) said it expects world merchandise trade to contract between 13 per cent and 32 per cent this year, likely exceeding the slump seen during the global financial crisis. Estimates of the expected trade recovery next year are equally uncertain. WTO director-general Roberto Azevedo called the figures "ugly". And available indications are that the headache of US-China rivalry may only get worse.

As Mr Terry Chan, head of Asia-Pacific credit research at Standard & Poor's, noted recently on a conference call, the full impact on emerging markets has not been seen yet. For that reason, it is impossible to say whether it would be a V-shaped recovery or a U-shaped one. Some even wonder if it could be a W. What is certain is that the more prolonged the crisis and the flatter it is at the bottom, the slower will be recovery.

Which South-east Asian countries could gain the most post-crisis? I would say people will look at two factors; the intrinsic merits of individual nations and how a nation responded to the crisis.

Some of the fund outflows are taking place in places where the capacity to handle the crisis is perceived as not strong. Also, labour's share in manufacturing has been steadily declining partly because of the steady march of automation and robotisation. Location, logistics and political and social stability could well emerge as the reigning factors, not merely the cost of labour or its availability.

Wait for the changes.

About the author
Ravi Velloor is Associate Editor at the Straits Times. A veteran of the trade, he has reported from across Asia, and the US. Formerly Foreign Editor and South Asia Bureau Chief of ST, he is as much at ease with global business and macro-economic issues as he is with diplomacy and international politics.

UOB makes no representation or warranty as to, neither has it independently verified, the accuracy or completeness of the information in this article.  Any opinions or predictions reflect the writer's views as at the date of this article and are subject to change without notice. 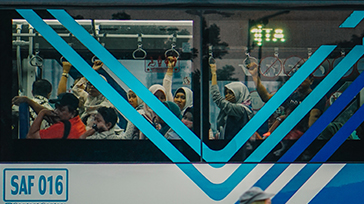 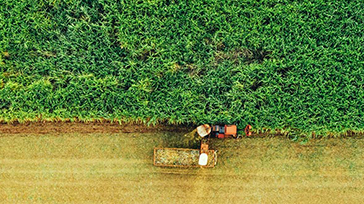