You have no bookmarks currently
15 July 2021

In September 2020, Germany inked its latest foreign policy strategy for the Indo-Pacific region. The strategy document mentioned ASEAN 66 times and outlined a stepping up of engagement with the region – setting the course for a deeper relationship.

Germany has been an active investor in Southeast Asia. In 2019, total two-way trade between ASEAN and Germany was US$63.6 billion, placing it as the biggest contributor from the European Union bloc. German companies have also invested significantly in ASEAN-5 countries (Indonesia, Malaysia, Philippines, Singapore and Thailand) across different sectors from automotive, construction and engineering to chemical technology.

Bilateral trade between Singapore and Germany reached S$21 billion (US$15.8 billion) in 2019 and there are currently close to 2,000 German companies making their home in the city state.

And some are getting comfortable. German chemical manufacturer, BASF, recently announced a S$45 million (US$34 million) expansion of its Singapore plant from 1,000 square metres to 6,200 square metres. This new plant will supply the company's patented crop products to farmers in Asia.

Meanwhile, German biotech company, BioNTech, announced that it would set up its regional headquarters and build an mRNA vaccine plant in Singapore. The move, supported by Singapore's Economic Development Board (EDB), will promote vaccine production technologies.

In Malaysia, German sportscar manufacturer, Porsche AG, is reportedly looking to set up an assembly operation with local partner, Sime Darby. This will be its first production facility outside of Europe. The German carmaker recently opened its second retail store in Southeast Asia in Hanoi, targeting Vietnam's younger customer base.

Other German automobile manufacturers such as BMW and Mercedes have already established themselves in the region with manufacturing plants in Thailand. 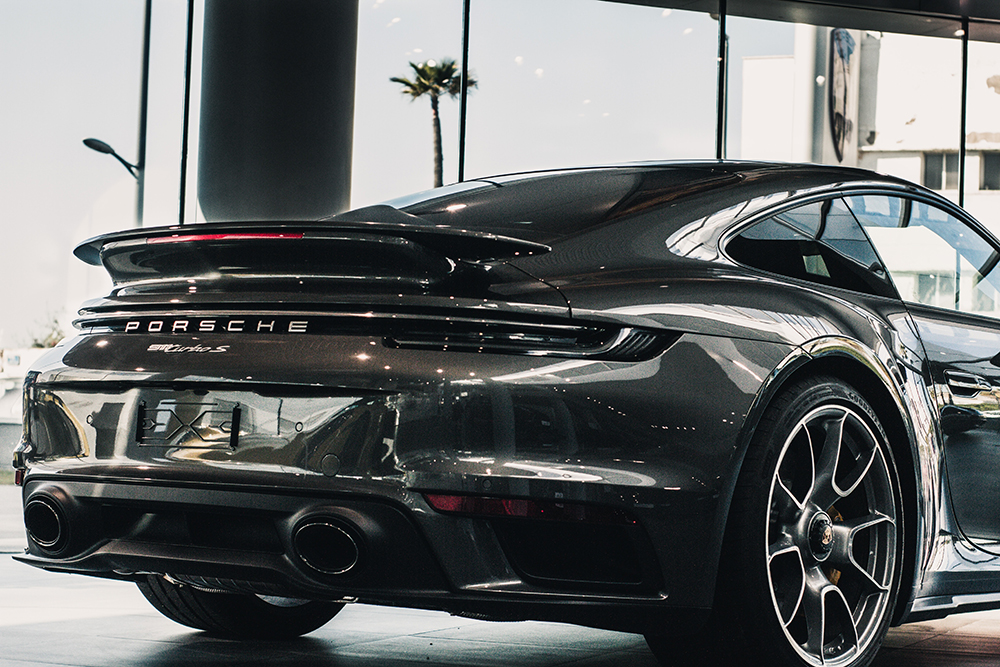 German sportscar manufacturer, Porsche AG, is looking to set up its first assembly operation outside of Europe in Kedah, Malaysia. Photo: Unsplash

Why ASEAN is an attractive destination for German companies

There are a few reasons why ASEAN appeals as an important consumer market to German companies. By 2030, ASEAN's economy is expected to double from US$3 trillion in 2018 to US$6.6 trillion. As it is, ASEAN is a major exporter – it is the fourth-largest exporting region in the world behind the European Union, North America and China.

The region has seen multiple trade deals in recent years as it seeks to leverage its economic potential. The most recent trade agreement, the Regional Comprehensive Economic Partnership (RCEP), is made up of 10 members of ASEAN plus China, Japan, South Korea, Australia and New Zealand. This trade bloc is expected to be bigger than the US-Mexico-Canada agreement and existing FTA agreements between European Union (EU) with individual RCEP countries such as Singapore and Vietnam.

One significant impact from this deal is the new 'rules of origin' where raw materials or value components from any RCEP member nation are treated equally. This means that German companies can benefit from RCEP by setting up their production facilities in any RCEP country to secure the preferential access and benefits arising from the trade agreement. Subsequently, through the new standardised rules of origin, products made in RCEP can then be sold to other member countries using a single certificate of origin.

ASEAN's member nations have distinct niches – such as Thailand with automobile manufacturing, Indonesia in palm oil and coal, and Philippines with business process outsourcing. Export processing zones such as the Port Klang Free Zone in Malaysia and the Batam Free Trade Zone between Singapore and Indonesia will also facilitate export growth and make it more attractive for German companies to be based in the region.

Access to a large and young labour pool is not the only factor drawing German companies to ASEAN. There has been a firm commitment to innovative manufacturing in the region – formalised by the 2019 ASEAN Declaration on Industrial Transformation to Industry 4.0. This is a huge draw for German companies – small and large – with their strong manufacturing and industrial traditions. 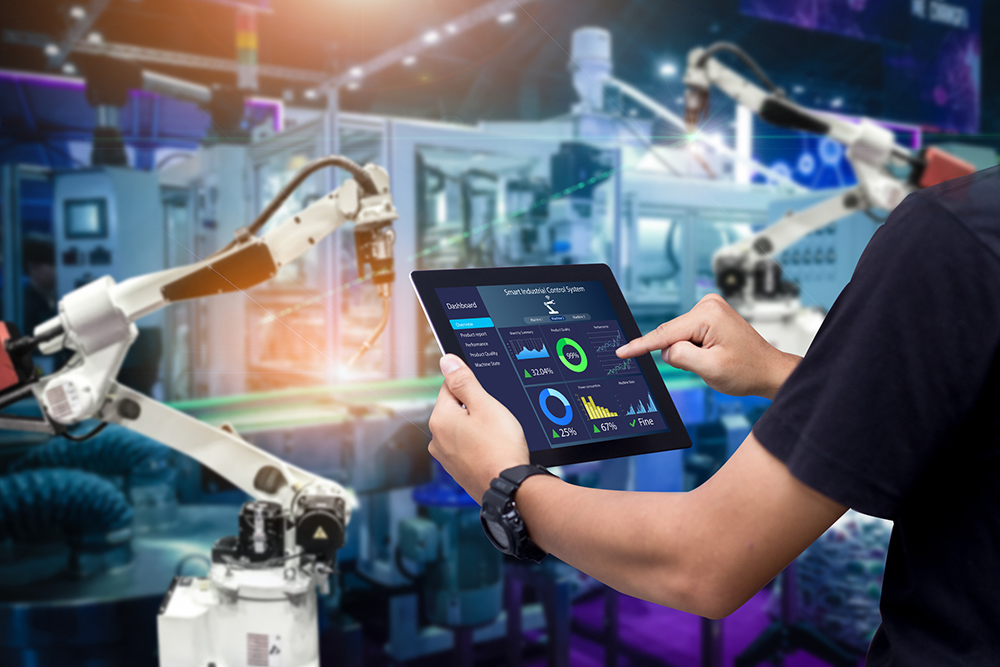 The region is targeting growth in Industry 4.0 manufacturing with foreign investment and technologies. Photo: iStock

German multinational company, Siemens, built its digitalisation hub in Singapore to bring innovation to industries such as construction, energy, healthcare and manufacturing. German semiconductor manufacturer, Infineon Technologies, will also be investing about S$1 billion in Malaysia over the next 10 years to move up the value chain towards higher-margin processes. At the same time, Infineon plans to make Singapore its global artificial intelligence hub by 2023 and is investing S$27 million towards this project. These multinational companies can be a significant source of investment into the innovation ecosystem in Southeast Asia.

An alliance between Singapore’s EDB and Enterprise Singapore (ESG) to form the Southeast Asia Manufacturing Alliance (SMA) will serve as a ‘matching’ service connecting manufacturers with industrial parks in the region. Their first three strategic partner companies include CapitaLand in Malaysia, Sembcorp Development based in Vietnam and Indonesia and Gallant Venture in Indonesia. Under the SMA, companies can leverage on ASEAN’s broad manufacturing landscape with one-on-one customised services and support for Industry 4.0 implementation.

In addition to manufacturing, German companies are investing in ASEAN's emerging industries. &ever, a German indoor vertical farming company, is setting up its next mega-farm in Singapore. The 15-metre high, multi-layer vertical farm will produce 500,000 kilograms of greens for local consumption annually by the fourth quarter of 2021. Singapore, a city-state that imports 90 per cent of its food supply, is set to meet its target of 30 per cent of locally produced foods by 2030 – or '30 by 30' – with these new and established partners.

"We are very excited to create our mega-farm and global R&D centre in Singapore to help support the '30 by 30' strategy of the local government. It will also allow us to tap into the promising growth opportunities in the region."

Through UOB's FDI Advisory unit, the company received guidance on the various government agencies and real estate options in Singapore. This led to it successfully setting up its global research and development (R&D) centre in Singapore in Q4 of 2021.

"We are very excited to create our mega-farm and global R&D centre in Singapore to help support the '30 by 30' strategy of the local government. It will also allow us to tap into the promising growth opportunities in the region," said Dr. Henner Schwarz, CEO of &ever GmbH.

ASEAN's strong fundamentals provide German companies based in the region a sound platform for future growth.

UOB FDI Advisory connects you to opportunities across Asia. We complement our network through partnerships with government agencies, trade associations and professional service providers to help your business flourish in this fast-growing region. 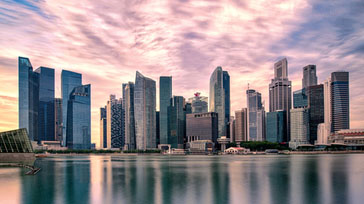 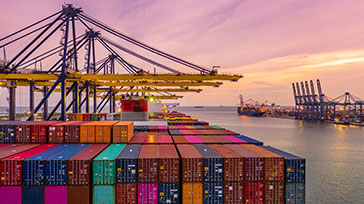 Malaysia, Singapore, Thailand: What to consider when setting up a distribution centre 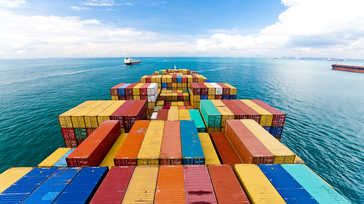